It was an historic match for both teams, for Kyrgyzstan because they was playing against the current Asian champions and for Australia because it was their 1st visit ever to Kyrgyzstan, in 2008 they played against another Central Asian team: Uzbekistan and Australia won it.

In a full packed Spartak stadium in Bishkek Australia quickly found the opening goal just 30 seconds after the match started thanks to a foul by a Kyrgyz player, the Kyrgyzstan started to create goal chances but the Australian defense was well positioned, in the 2nd half Australia scored another goal to seal the victory and in the last minute of the match Kyrgyzstan scored via a corner kick.

It was an interesting and exciting match, Kyrgyzstan found the goal of honour at the end of the match. 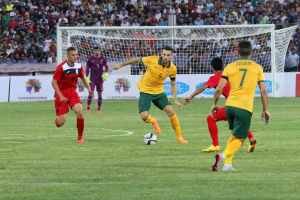 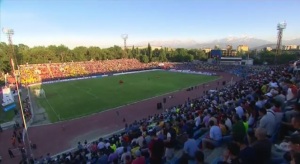 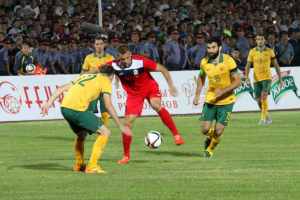 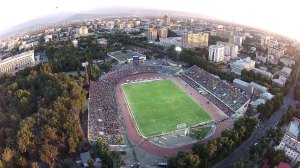 2 thoughts on “Kyrgyzstan vs Australia 1-2”