The surprise of the tournament Al Alhi from UAE and former ACL champions Guangzhou Evergrande will play the 2015 AFC Champions League final. 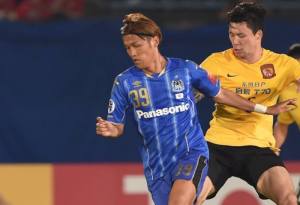 Al Alhi qualified in dramatic style in stoppage time when Kwon Kyung-won´s strike send the UAE club into the final denying Al Hilal a 2nd consecutive final, this is historic because a decade ago Al Ain was the last club from UAE to win the ACL in 2003 and also in playing the final vs Al Ittihad Jeddah in 2005, they lose it it but now Al Alhi have become in the new UAE representant that will play ACL final and Al Alhi are dreaming to win it and take part in the FIFA Club World Cup for the 2nd time, in 2009 they played it because UAE was host country and also because Al Alhi was the UAE Arabian ulf League 2008-09 champions, in their opening match Al Alhi lose 0-2 vs Auckland City FC from New Zealand while for Guangzhou this time they eliminated another Japanese team, in the previous round they beat Kashiwa Reysol and now they kept Gamba Osaka at bay, defending well and creating many chances to score, they are in route to win the Chinese Super League, and also the ACL and play the FIFA Club World Cup like in 2013.

For the 1st time in ACL no Japanese, Korean, Qatari, Irani and Saudi club will feature in the final like it happened in previous years, this means that the top countries in Asia won´t feature for the 1st time in years, This is really historic, Every year is a new surprise, last year was Western Sydney Wanderers FC from Australia who in their debut in the competition won the trophy, in 2013 was Guangzhou Evergrande who made an impressive campaign, in 2012 was Al Alhi Jeddah from Saudi Arabia who reached the final against the odds, in 2010 was Zob Ahan from Iran, in 2008 was Adelaide United, 1st Australian club to reach an ACL final, in 2007 was Sepahan from Iran, in 2006 was the surprising Al Karamah from Syria who shocked all Asia because of their impressive and amazing results winning their group and beating the champions from the previous year (Al Ittihad Jeddah) in quarterfinals and finishing the tournament in good shape winning the 2nd leg final at home vs Jeonbuk Hyundai Motors but needing just 1 more goal for extratime, admirable campaign of the Syrians that will be remembered forever.

The 1st leg will take place in Dubai on November 7 and the 2nd leg will be in Guangzhou on November 21 with the winner earning a place in the FIFA Club World Cup in Japan on December. 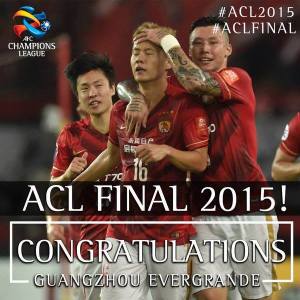 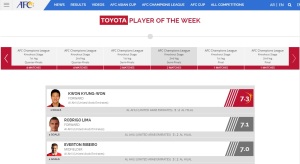